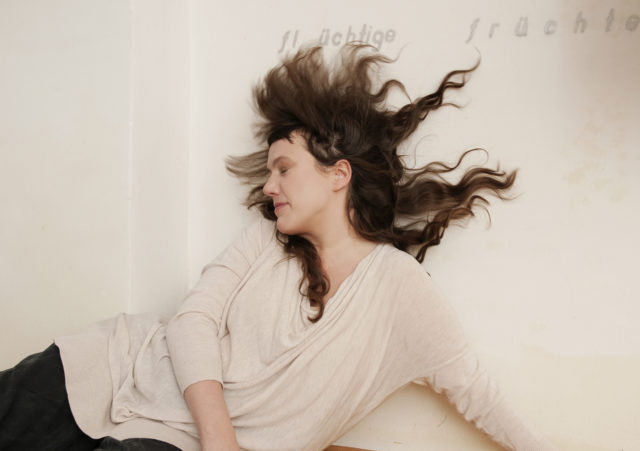 bio: Mezzo-soprano Anna Clare Hauf was born in London and grew up in Vienna. From 1997 she studied singing at the Vienna University of Music and Performing Arts. In her training with professors Rotraud Hansmann and Charles Spencer she focused mainly on lieder. In 2004 she graduated with distinction. In subsequent master courses she collaborated with Marjana Lipovsek and Wolfgang Holzmair, among others.

Hauf has a special penchant for contemporary music, both in an operatic context and in concert performances. Her numerous collaborations in this field include productions by Neue Oper Wien, most recently Péter Eötvös’s “Paradise reloaded (Lilith)”, and by Klangforum Wien, e.g. Enno Poppe’s “IQ” at the Schwetzinger SWR Festival 2011. Anna Hauf has also appeared at the Wien Modern Festival, e.g. in “Das Kind der Seehundfrau”, and in the 2014 performance of Bernhard Gander’s sitcom opera “Das Leben am Rande der Milchstraße”. Ensemble Federspiel’s new adaptation of Ernst Krenek’s opera “Jonny spielt auf” also premiered in 2014, featuring Anna Hauf as a soloist. And in “(K)eine Alpensage”, a story with musical elements by Christof Dienz and Ela Baumann, commissioned by the Vienna Jeunesse, Hauf took on the singing part, the narrator.

In concert performances Anna Clare Hauf has collaborated e.g. with Klangforum Wien, Niederösterreichische Tonkünstler, Camerata Salzburg, the ensemble PHACE, and the recorder collective Plenum. She has appeared in premieres of works by Christian Muthspiel, Otto M. Zykan, Pierluigi Billone, Bernhard Lang and Lothar Voigtländer. In 2009 she also embarked on a collaboration with the Vienna Art Orchestra. As a singing actress and performer Anna Hauf appears regularly at the Wiener Kabinetttheater, e.g. in works by Salvatore Sciarrino, Mauricio Kagel or Hugo Ball. Her past performances as a lieder singer included works by Gustav Mahler, Richard Wagner, Ernst Krenek, as well as contemporary composers, e.g. at the Konzerthaus in Vienna and the Ruhrtriennale Festival.

the performer of AMA (performance by Tanja Brüggemann)