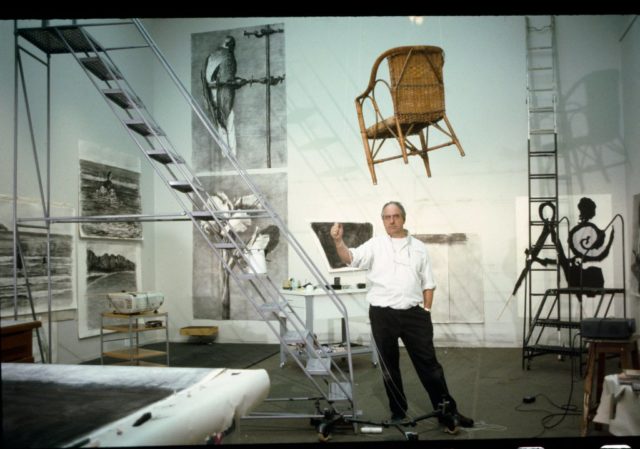 bio: William Kentridge is a South African draftsman, performer, stage designer, theatre and opera director, sculptor, mural and tapestry artist,  and filmmaker. Born on April 28, 1955 in Johannesburg, South Africa, Kentridge gained international acclaim for his short animated film, followed by an amazing career in the field of visual arts, film, theatre and opera. In his cult films Kentridge conflates his autobiography with that of fictionalized characters to relate his narratives, rendering his signature expressive, gestural drawings in black charcoal and ink. He retouches single drawings again and again to create the film stills, with each new image a palimpsest bearing signs of the previous drawing’s erasure. “My work is about the provisionality of the moment,” the artist has said of his practice. Kentridge’s works are held in the collections The Museum of Modern Art in New York, the Art Institute of Chicago, the Tate Gallery in London, and the Goetz Collection in Munich, among others.