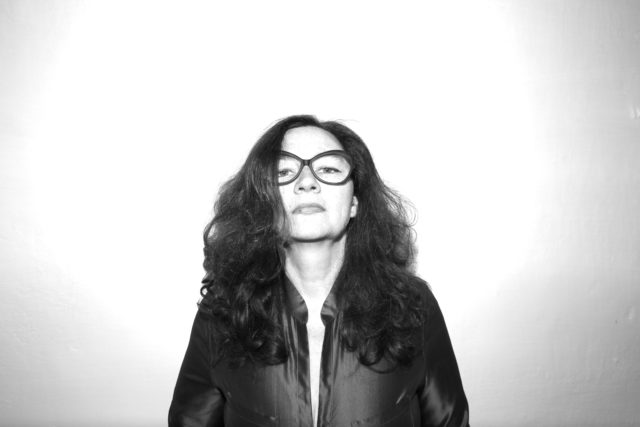 bio: Born in Austria, holds degrees in piano, music theory and composition as a student of Adriana Hölszky, Tristan Murail and Alexander Mullenbach at MOZ-University Mozarteum Salzburg as well as a postgraduate degree for film- and audiovisual studies from the Film School in cooperation with the Academy of Music in Lodz, Poland studying with Zygmunt Krauze and Krzysztof Knittel. Tanja lives and works in Vienna, Linz as well as in the monastery of Sankt Florian/A. She received scholarships of the Austrian government, the University Mozarteum Salzburg, the Anton Bruckner scholarship and others.

As President of the OÖKB-Upperaustrian Composer`s Society she founded the cooperating Atelier PYSYP-Picture your Sound your Picture between filmmakers and composers/sounddesigners within the Crossing Europe Filmfestival 2014. Since then she is a member of the expert group for film and media at the ÖKB- Austrian Composers society in Vienna. The IGNM – International society for Contemporary Music Upperaustria invited her to act as a curator for their concerts in 2015. Her compositions are based on recordings of natural soundscapes, adaptions for acoustic instruments and the quest for the real and artificial in redefining acoustic phenomena. Therefor she is in consultation with researchers and institutions such as ÖFAI-Austrian Institute for Artificial Intelligence, ÖAW-Austrian Academy of Sciences and AWI-Alfred Wegener Institute, Helmholtz Centre for Polar and Marine Research.Commissions were performed at Musikverein Wien, wien modern, Brucknerhaus/A, Kulturforum Berlin, musica contemporanea, meetingpoint messiaen, Crossing Europe Filmfestival, ORF, SALT Festival Victoria/Canada. Latest Presentation of her music was recorded by flutist Sylvie Lacroix on the CD flute extended recorded by Stephen Ferguson. The Artmovie AOA I Skizze A was nominated at Crossingeurope Filmfestival, Video:Ex Zürich, See the Sound@Soundtrack Cologne and Swiss Filmfestival 2016.

The film of the movie AOA I Skizze A is by the filmmaker Susanne Hofer and Tanja Brüggemann.

Susanne Hofer studied Mathematics in Austria and Fine Arts and Film/Video in Switzerland. She has been an independent producer/director with her company flimmern ltd. for 15 years and has being lecturing at the ETH Zurich and the Lucerne University of Applied Sciences and Arts since 2004.
Currently she is working on her second transmedia project „intopolitiks“ (animation film series, website, book illustrations)

Tanja Brüggemann’s compositions are based on recordings of natural soundscapes, adaptions for acoustic instruments and the quest for the real and artificial in redefining acoustic phenomena. AOA I Skizze A was shown at festivals in Austria, Germany and Switzerland.

One of the lesser-known but fascinating parts of Japanese culture is that of the Ama pearl divers. Ama (海女 in Japanese), literally means ‘woman of the sea’ and is recorded as early as 750 in the oldest Japanese anthology of poetry, the Man’yoshu. These women specialised in freediving some 30 feet down into cold water wearing nothing more than a loincloth. Utilising special techniques to hold their breath for up to 2 minutes at a time, they would work for up to 4 hours a day in order to gather abalone, seaweed and other shellfish.
Michael Gakuran

AMA – a woman`s transition in 7 scenes
followed by scattered poems of the composer Tanja Brueggemann, the female singer dives down to her own existence in total lonelyness and the darkness of the sea, followed by some sort of premonition evocating the human future to come.