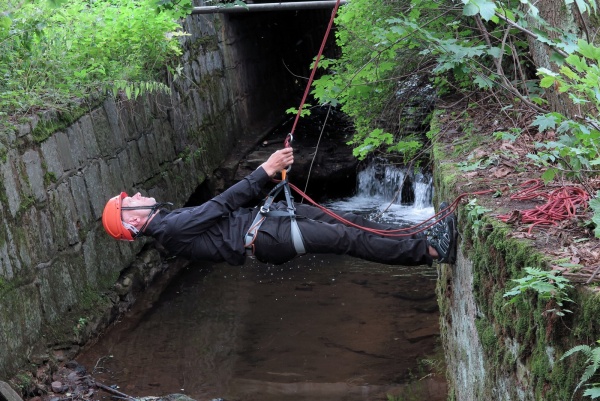 In Norway, with all its mountains and valleys, the ocean is our horisont. There is hardly a place where fields are not framed by a mountain or a hillside. The common word for horisontal is directly translated: vannrett (water straight, straight as water). I don´t know the background for the polish word poziomy, which is given as a translation for horisontal? My performance is based on a physical translation of this norwegian word, vannrett.

Sigmund Skard – (born in 1952, lives in Valevåg, Sveio) works in the grey area between art and reality. New forms and qualities of known and everyday material are used as basis for minimalistic and low-key works of art; performance, sculpture, object, photo, video, land art. The aesthetics and use of materials can be associated to the Fluxus movement and Arte Povera; spartan, absurd, playful and down to earth. Expression and themes are sober and pragmatic, with roots in country traditions and taoism. Skard has studied at the Academy of Art in Oslo (KHIO).