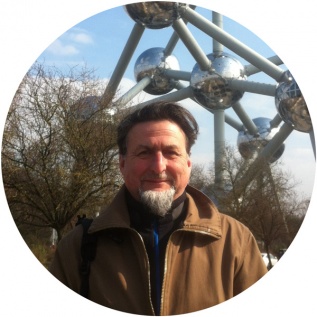 Rob La Frenais founded and edited Performance Magazine, a European cultural journals that was one of the first to consistently report on performance in Eastern and Central Europe in the 80’s as well as the rest of the world.
Reviews and features appeared on Academia Ruchu, Jerzy Beres, Tomas Ruller, Pio Trowski, Zbigniew Warpechowski, Marina Abramovic, David Cerny, Black Market as well as western European and US artists such as Stuart Brisley, Ulrike Rosenbach, Carolee Scheemann, Helen Chadwick, Alastair Maclennan, Mona Hatoum, Anne Bean, Richard Wilson, Paul Burwell, Steve Cripps, The Kipper Kids and many others.

Rob La Frenais– independent contemporary art curator, working internationally and creatively with artists entirely on original commissions. He believes in being directly engaged with the artist’s working process as far as possible, while actively widening the context within which the artist can work. Before becoming a curator in 1987 he founded and edited journal Performance Magazine in 1979, writing criticism during the eighties. He is currently developing an exhibition about Performance Magazine, showing in London in Spring 2015 and working on a new project with the artist Tomas Saraceno. For the last 17 years he was based at The Arts Catalyst, the UK science-art organization. His most recent exhibition with the Arts Catalyst, Republic of the Moon opened last year on London’s South. He has an honorary doctorate from Dartington College of Art and a Phd from Brunel University.