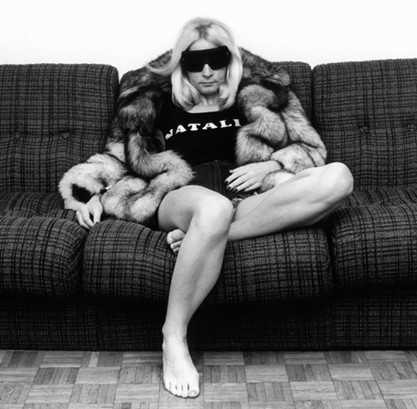 Born April 18th 1937 in Żywiec. From 1946 till 1956 she lived in Bielsko-Biała where she completed basic and secondary education. In the years 1957-1963 she studied at State High School of Fine Arts in Wrocław under the supervision of Professor S. Dawski, where she completed her MSc. In the year 1964 she received the Diploma of the Association of Polish Artists Photographers. She is working in painting, photography, drawing, performance, and video art. In 1970 she co-founded the PERMAFO Gallery in Wroclaw. Since 1975 she is engaged in the International Feminist Art movement and took part in various symposiums and exhibitions. Awards and honorary posts: The Kosciuszko Foundation Scholarship, New York, 1977; Commissioner of the I and II International Drawing Triennale in Wrocław, 1978-1981; vice chairman of the IV and VI International Drawing Triennale in Wrocław, 1989-1995; “Verein Kulturkontakte” Scholarship, Vienna, 1991; “PRO-HELVETIA” Scholarship, Switzerland, 1994; since 2004 senior lecturer of the Fine Arts Academy in Poznań.