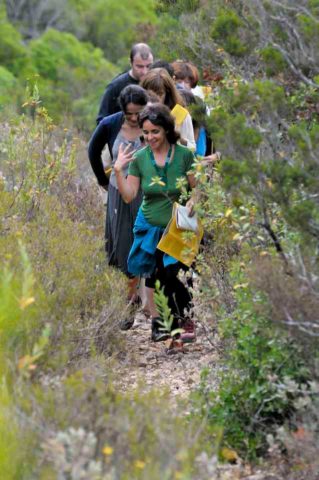 Marta Wengorovius (Lisbon, b.1963) Marta has as a degree in Painting (1988) from Lisbon Fine Arts University. Was granted a scholarship by Calouste Gulbenkian Foundation between 1989 and 1992 and by Luso-American Development Foundation (Flad) in 1990 to New York, Washington and Filadelphia. Studied and lectured in Ar.Co and in 1993, was an Academic Observer at Goldsmith College, London, conceiving the project of Summer Academy for visual artists (Arrábida Convent, 1994). Received a scholarship from the Oriente Foundation in 1997 to China. Her plastic research also benefits from her envolvement in dance projects (João Fiadeiro, Skit , Howard Sonenklar – among others),  theatre ( Giorgio Barbieri Corsetti, Diogo Dória – among others), cinema (Michael Shamberg, Jim Hebert, Chris Marker), architecture (Global).

Master in Visual Arts by Évora University. Teaches Drawing and Art Theory at Lusófona University in Lisbon. Studies undertaken for a PhD in Contemporay Art, Arts College in Coimbra University.
In 1994 she won the União Latina Award.