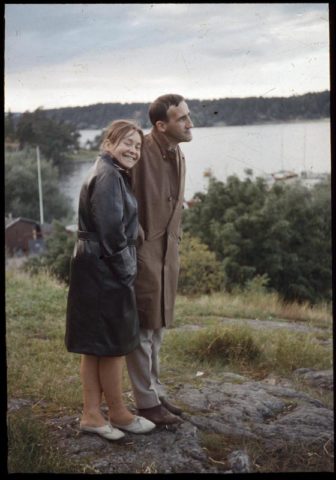 Maria Stangret is a painter, former actress of the Cricot 2 Theatre, and literary author. She was born on July 27, 1929, in Strzelce Wielkie near Kraków.

Between 1955 and 58, she studied painting at the Academy of Fine Arts in Kraków under Profs. Jan Świderski and Emil Krcha. In 1957, she began collaborating with the Cricot 2 Theatre; she participated in all of Tadeusz Kantor’s performances and happenings. In 1959, she went on an artistic trip to Paris, where, in 1961, she got married to Kantor. She has been a member of the Grupa Krakowska (Kraków Group) Artistic Association since 1956 – she has taken part in all of its collective demonstrations. In 1962, she began writing her “endless novel,” which was published in 2002 by the Łódź-based Gallery 86, under the title Grandpa’s Diary (Pamiętnik Dziadka).