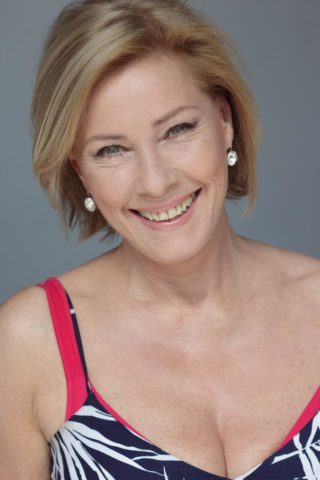 bio: Małgorzata Potocka is an actress, director, producer, manager and a former media adviser to the minister of culture. She graduated from the faculty of acting and film direction at the State Film and Theater Academy in Łódź. In 1979 with Józef Robakowski she opened the first private gallery of art “Exchange Gallery” that presented art from opposition groups. In the 80’s she organised and initiated many spectacular artistic events as part of cooperation with the artistic environment in Łódź and Richard Demarco’s theatre festival from Edinburgh. She directed documentary film about art that won awards on international festivals in Los Angeles, Munich, Moscow and Kiev. In 1992 she was one of the founders and the first president of the Association of Independent Film Directors that transformed into the National Chamber of Audiovisual Producers. She co-operated with Telewizja Polska, she was the media education director of the National Broadcasting Council and together with a group of experts she worked out a program that was to introduce media knowledge classes in schools. Hosting the post of the director fo media promotion in Adam Mickiewicz Institute she co-realised prestigious cultural events presenting the so-called high art as well as popular art targeted at wider audiences. In the years 2006-2011 she run a local branch of TVP in Łódź. She is the Vice President of the European Audiovisual Education Foundation (since 2008), a member of Program Council of the Museum of Contemporary Art in Łódź (since 2008).