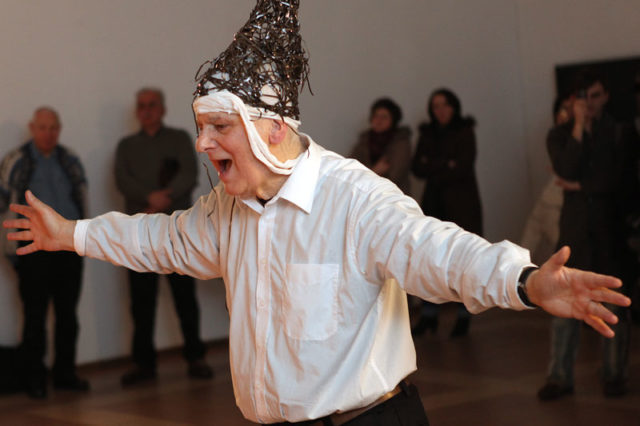 bio: Krzysztof Zarębski was born on July 22nd, 1939 in Warsaw. He is a performance artist, painter, sculptor and set designer. He has a diploma in painting (Academy of Fine Arts in Warsaw, 1968) and is one of Poland’s first performance artists. He has worked with Helmut Kajzar and Kazimierz Braun, designing sets for productions of plays by Różewicz and Beckett, amongst others.

He uses stage props, everyday objects, his body, plants, blocks of ice. He has incorporated music since his earliest performances, an element which plays an important role in his work, and he often collaborates with musicians, for example with Krzysztof Knittel.