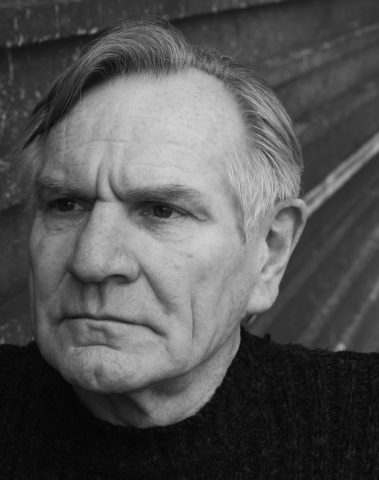 Józef Robakowski– born in 1939 in Poznań. A creator of films, photographic series, video tapes, installations, drawings, objects, conceptual projects, initiator artistic actions, editor and theoretical critic. He graduated from University in Toruń (Department of Fine Arts) and Film, Television and Theatre State Academy in Łódź (Camera Department). He was an academy lecturer (1970-81). He lives in Łódź. Co-founder of the Avant-garde group “Zero-61” operating in Toruń (1961-69) and groups “Oko”, STKF “Pętla”, “Krąg”. Co-organiser of Film Form Workshop and Television Creative Group Station “Ł” in Łódź, which undertook experimental work in connecting film picture and sound, permanently entering the Polish arena of conceptual art of the 70s. Since 1971, he has been running a private gallery – Galeria Wymiany (Exchange Gallery) which collects films, videotapes, documentation and it is a contact office for the international artistic movement INFERMENTAL.

With the Workshop of the Film Form, he focused on an analysis of new media language, striving to rid film of “alien elements” – anecdote, literary forms, narration – and make its language simpler and information denser. From 1974, Robakowski also embraced a new medium – video art.
Born in 1939 in Poznań, he lives and works in Łódź as an academy professor and theoritician, while making films, photographic series, installations, drawings, objects, and conceptual projects.
Read about the Workshop of the Film Form (The Film Form Studio).
He studied art history in the Department of Fine Arts of the Mikołaj Kopernik University in Toruń, and cinematography at the National Higher School of Film, Television and Theatre (PWSFTviT) in Łódź. In Toruń, he was the founder of artistic collectives Oko (1960), Zero-61 (1961-1969), and Krąg (1965-1967), and member of the ‘Pętla’ Student Cine Club (1960-1966). In Łódź, he co-organised the Workshop of Film Form (from 1970), and the ‘Stacja Ł’ Television Creative Group (1991-1992). He teaches at the National Higher School of Film, Television and Theatre in Łódź.

An integral part of Robakowski’s work are his statements and self-commentaries, as well as numerous programming texts and manifestoes, e.g. Calling Once Again for ‘Pure Film’ (1971), Video Art – a Chance to Approach Reality (1976), or Manipulating! (1988). Since the 1960s, Robakowski has remained an active animator of cultural life, as the author of a number of important initiatives (e.g. the Exchange Gallery), organiser and curator of exhibitions, and originator and editor of publications (Nieme Kino, Pst!).

Robakowski made his first experimental film in 1962, 6,000,000, a compilation of fragments of Holocaust-era documentaries. Photographic activity dominated the early period of his practice, also as part of the collective Zero-61 (fellow members included Czesław Kuchta, Jerzy Wardak, Andrzej Różycki, Antoni Mikołajczyk, Wojciech Bruszewski). According to Robakowski, the group drew inspiration from the “tradition of metaphorical montage known from interwar painting, photography, and avant-garde cinema.