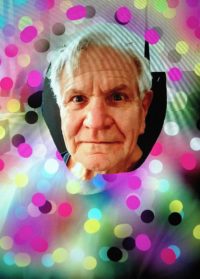 My collaboration with other artists has acquired its significance since 1961 when I started working with my friends in Zero-1 Group of photographers and Film Club “Pętla” (The Loop) as a student of Fine Arts Faculty at Mikołaj Kopernik Univeristy in Toruń. However, it was in the 70.when I became an active member of Film Form Workshop at the Łódź Film School REFERENCES became a conscious gesture as a crucial element of collaboration with numerous artists.

This presentation consists of photographs, films and video. Nowadays using facebook i have another wonderful opportunity of collaborative interactive work which i am happy to use, but it is another story.