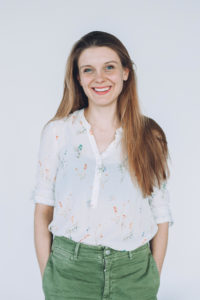 Honorata Martin’s project is based on the artist’s previous practices of interaction, confrontation and travel motif. All of these elements have recently become little less or even impossible to implement. Planning her project for the Context, the artist reflects on her previous realizations and the relationship between the value of her works and real actions.

Honorata Martin was born in Gdańsk in 1984 as a daughter of Monika and Piotr, she graduated from Primary School No. 57 in Gdańsk, XIX LO and the Academy of Fine Arts in the same city. She received her diploma from the Faculty of Painting under Prof. Mieczysław Olszewski, and an annex in intermediary under Prof. Wojciech Zamiara. She paints, builds installations, makes various performances or records them on video, or someone films it or takes photos of it. Sometimes she simply records or photographs something that is not a performance. She got a couple of nominations and even a couple of awards, for which she thanks you and still sometimes she tries to do something. Some people call it art and others call it the opposite. She works at the Faculty of Sculpture and Intermedia at the Academy of Fine Arts in Gdańsk.