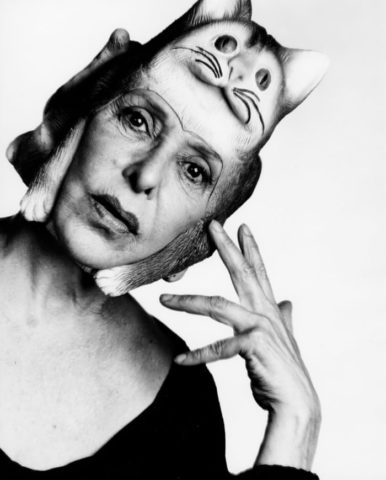 Carolee Schneemann (October 12, 1939 – March 6, 2019)[1] was an American visual experimental artist, known for her multi-media works on the body, narrative, sexuality and gender.[2] She received a B.A. from Bard College and a Master of Fine Arts from the University of Illinois. Her work is primarily characterized by research into visual traditions, taboos, and the body of the individual in relation to social bodies. Her works have been shown at the Los Angeles Museum of Contemporary Art, the Museum of Modern Art in New York, the London National Film Theatre, and many other venues

Keynote address given by Schneemann on October 23, 2008

Schneemann taught at several universities, including the California Institute of the Arts, the School of the Art Institute of Chicago, Hunter College, and Rutgers University. Additionally, she published widely, producing works such as Cézanne, She Was a Great Painter (1976) and More than Meat Joy: Performance Works and Selected Writings (1997). Her works have been associated with a variety of art classifications including Fluxus, Neo-Dada, performance art, the Beat Generation, and happenings.