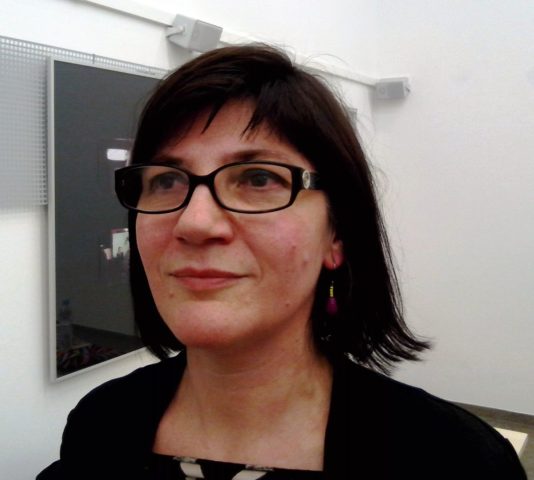 Magdalena Ujma is an art critic, blogger and curator of modern art. She majored in history of art (KUL Lublin) and cultural management (Ecole de Commerce Dijon). Between 1993 and 2007 she was part of the editorial team of the quarterly literary newspaper Kresy. Working in NN gallery in Lublin, Museum of Art in Lódź and Krakow’s Bunkier Sztuki, she curated over 40 exhibitions, including:Boys-displaying the male portrayal in contemporary art in Poland (form 2005, as Exgirls in collaboration with Joanna Zielińska), Bad News and Last News –  showcasing motifs of evil and catastrophe in contemporary art (from 2006 and 2007, as Exgirls in collaboration with Joanna Zielińska), a series titled Transculture – concerning foreigners in a  globalized world (2006-2008 in collaboration with Anna Smolak), A Diary of a Pole Woman – an autobiographical narrative of polish female artists (2008) along with a vast array of individual exhibitions (Oskar Dawicki, Łukasz Skąpski, Janek Simon, Bogna Burska, Elżbieta Jabłońska, Angelika Markul). Some of her last exhibitions include: The Day is Too Short, A Few Autobiographical Stories (Wrocław Contemporary Museum, 2013) as well as What Remains (in collaborations with Jadwiga Sawicka, Gallery of Contemporary Art BWA Sokół in Nowy Sącz 2013, inspired by Tom McCarthy’s novel Remainder). Coworking with Anna Smolak, she organized a seminar on institutional critique (And what if… Institution: alternative scenario, 2012). She is a well known critic and essayist, whose written, inter alia, essays for New Phenomena in Polish Art after 2000 (2007) and Polish Female Artists (2011). She published a book titles Visual Art. The Scandals (2011). Writing a blog Art Critic on the Verge of a Mental Breakdown, she takes part in numerous art residencies, seminars and conferences.