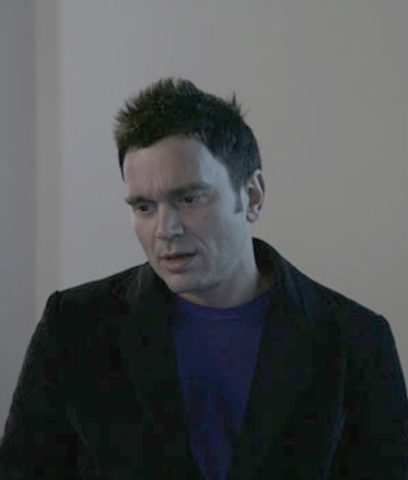 Maciej Kurak (b. 1972 in Poznan). Education 1993-1998 Academy of Arts in Poznan. Since 2009 senior professor. Since the same year he has run a digital art and screen printing studio at Academy of Arts in Poznan. Maciej Kurak is an author of site specific installation, winner of Deutsche Bank Prize for the Best Polish Artist in 2006. He is the master of starling situations in galleriers or art institutions and intervention in architecture and urban scenery.

The table is one of the most basic functional forms. Its functionality is to create some kind of plane of dialogue. It is – literally and figuratively – the link between people representing different – sometimes very far apart – points of view. The distance between them includes metaphore of the space. Maciej Kuraks work „Limited Liability Company” refers to this particular metaphore.

Bent in the form of a horseshoe table connected two places which are 253 km away from themselves. Most of it is hidden under the ground. Both of its ends, situated in Jezyce, Poznan and crooked center in Sokolowsko are sticking out over the surface. This shape of the work is the key to understand the meaning of it.

Locationing the beginnig and end of the work in one place may be understood as a reference to interactive nature of the discussion – everything that we say is going back to us. To hide main part under the ground is kind of reference to „invisible ties”, „potential relationship” and „infinite number of possible combinations”. Both of these features – either folding or hiding, as well as title, link to the viewer’s imagination – throwing him an intellectual challenge and precipitating with cognitive clichés. „Limited Liability Company”, as a term for a table connecting two towns, carries positivist message: communication, and more broadly, cultural exchange is specific kind of capital investment which success is uncertain, since it is highly dependent on the will and commitment to communicating parties.

Maciej Kurak’s work is kind of parabola either in terms of its form (geometrical figure – half-oval bent curve) or the content (the parable of ethical teaching, based on exaggerative characteristics of the object having allegorical meaning). On the one hand „Limited Liability Company” is an invitation to participate activly in shaping exchanges between cultural centers and reaping the positive examples in this extent, on the other – it is a warning against responsibility related with this action. „Table” seen as „company” is the highlighting importance of „invisible cultural assets” that can be defined as the communication capabilities of people taking part in it. Ability to establish dialogue is revealed in this context as a very valuable talent.