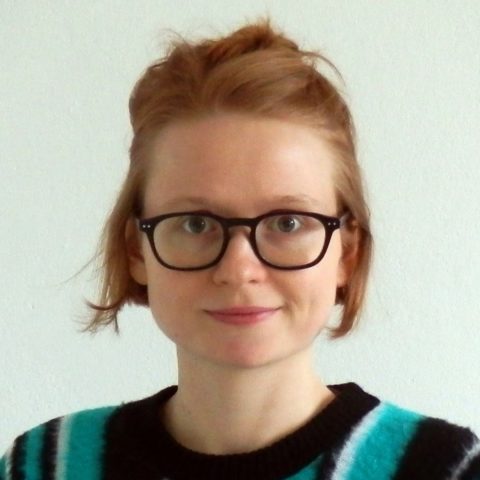 Zofia Kuligowska, born 20.01.1988 in Poznań, Poland. Bachelors Diploma in Graphic Design in 2009, Master Diplomas in Graphic Design in 2011 and in Performance Art in 2015, University of Arts in Poznań. Studied Painting in University of Arts in Poznań 2010 – 2013 and in Universitatea di Arts si Design in Cluj-Napoca, Romania. Bachelors Diploma – design of an illustrated book about phraseological compounds Frazeologirealized in Professor Grzegorz Marszałek’s Illustration Design Studio. Thesis Illustration of phraseological abstracts written under the direction of Ewa Wójtowicz PHD in Academy of Fine Arts in Poznań. Masters Diploma in Graphic Design – design of a pop-up book Wyraj realised in Professor Mirosław Pawłowski’s Print Design Studio and in Professor Eugeniusz Skorwider’s Poster Design Studio, an interactive 50x50cm big book written by Jędrzej Burszta, encouraging readers to influence the order of events and the meaning of the story, an object to play with and co-create collectively. Masters Thesis The Book and its visual aspect: book illustration as imagination developing factor written under the direction of Professor Ryszard Przybylski. Masters Diploma in Performance Art – performance art piece Event Horizon referring to fields of influence humans create around themselves in forms of relationships and codependency, realized in Professor Janusz Bałdyga’s Performance Art Studio. Masters Thesis Does Performance Art exists in 5th dimension? bringing together: theory of an energy exchange (between performance artist and the audience), M-theory as the String Theory development, scientific approach towards the concept and amount of dimensions in our Universe, whole body vibration theory (with the frequency of electromagnetic waves emitted by the human body), written under the direction of Ewa Wójtowicz PHD.

Lives and works in Warsaw, Poland.

It cannot be described. It can be experienced. A strenuous attempt at winkling something out of performance art.