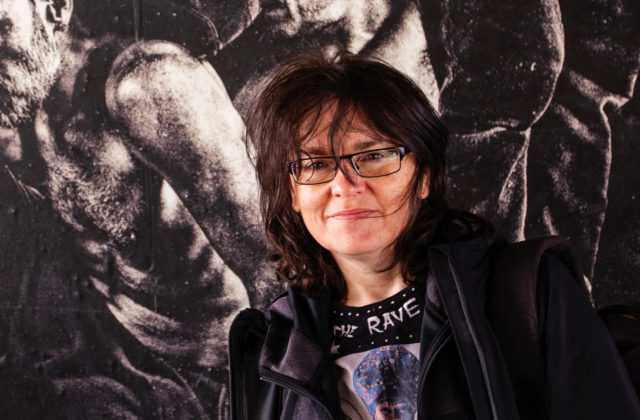 it’s a product of self isolation during the corona virus time, driven by frustration of not being able to go outside, which for me was the direct consequence of our behaviour as humans. It’s about frustration with the consumerist race of humanity that pushes us towards a disaster. Corona virus pandemic seems just like a rehearsal for the real end. So, while locked-in, I was trying to find some kind of peace and relief through creativity.

Limited to the space of my home and the internet, I have produced this short film based on footage from stockshots.
I tried to adapt to the circumstances and use someone else’s footage in a creative way to make it ‘mine’ through graphic post-processing. This helped me achieve totally unexpected graphic results – that went quite beyond the original footage.

All in all, I was aiming to create a visual/graphic variation on the theme of human irresponsibility and selfishness, while avoiding being literal.

Born in Poland and lives in London and Paris. Graduated from the Lodz Film School PWSFTViT (Master of Fine Arts degree in Animation and Visual Effects) and completed training at the department of animated film at CFT Gobelins in Paris. Currently works as director, animation director and visual supervisor.

Streets are her gallery and local communities are her audience. Her visuals are based on icons of classical paintings – she recreates them with contemporary models. Working in public spaces forces her to be socially engaged. She feels that today artists shouldn’t produce decorative, meaningless visuals that serve only as publicity stunts. She works in the streets and her art reflects what’s going on in those streets and in the society. She tries to do it with a dose of humour, even when she speaks about serious issues, like racism, ageism, or homophobia. She creates huge collages with photographed models, which are then printed on blue-back paper and pasted up on walls. She chooses derelict, abandoned buildings for her paste ups. They have their own soul and become integral parts of her visuals. In turn her visuals become an organic component of the urban scenery. She re-appropriates unwanted spaces and tries to turn them into “art galleries”. She has travelled the world with her art and has done paste-ups in Melbourne, Buenos Aires, San Francisco, Paris, Warsaw, Brighton, Liege, Doel and London. Recently, she focuses on filmmaking, including music videos.