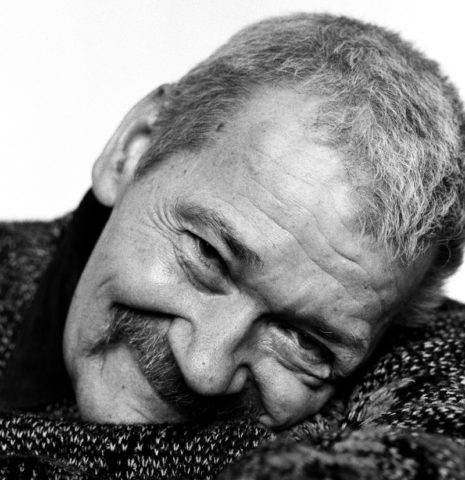 Stanisław Dróżdż is a poet, an artist who focuses on the word and space, and a creator of concrete poetry. He treats his poetic/graphic artwork as an analysis of the reality of language, especially its visual forms. He studied Polish language and literature at Wroclaw University, graduating in 1964. At the turn of 1967/68, he began to produce concrete poetry. He focused throughout his career on the graphic possibilities for the visualisation of language, simultaneously searching for the reasons why it remains incapable of expressing reality. The artist also made it his mission to document achievements in the realm of concrete poetry. He was the creator of Concept Shapes – a type of concrete poetry inscribe in a broader context of visual poetry, which draws on elements of mathematics and logic. In 1979 he edited and published a book on Concrete Poetry from the years 1967-1977. He produced large spatial compositions, placing printed texts, symbols and numbers on gallery walls, floors and ceilings. These effectively become complex interpretations of the written sign and evoke various associations. He was a member of the Association of Polish Fine Artists (ZPAP) and snce the beginning of his career Dróżdż worked closely with the Foksal Gallery Foundation in Warsaw, exhibiting works that went on to travel the museums and galleries of the world.