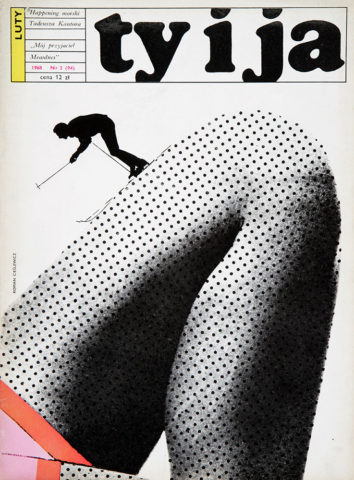 Roman Cieślewicz (1930-1996) was one of the founders of the Polish poster school, which strived for aesthetics of simplicity and clarity, while urging the use of poetic metaphor and an abundance of modes of expression. In 1963 he emigrated to Paris, where he worked with several publishers and designed the layout of magazines such as Elle (Art Director 1966-1969), Vogue and Opus International. He was widely acclaimed for his designs of lavish catalogues for prestigious exhibitions at the Paris Centre Pompidou. The artist was inspired – especially in his later period – by the Russian constructivist avant-garde of the 1920s and by the Polish group Blok. Combining romanticism and poetry with cold rationalism, and setting emotions in play with strict logic, his work penetrates our sub-consciousness and tests and teases its associations.