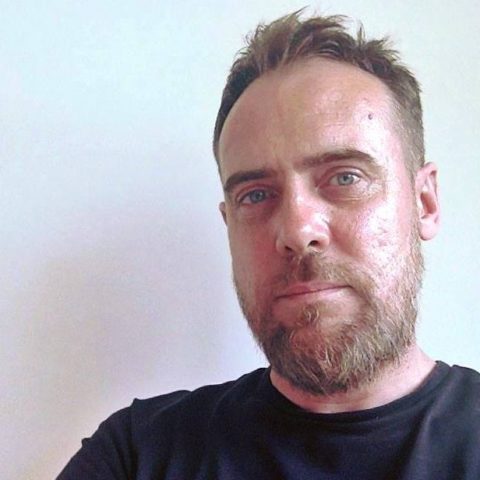 Roddy Hunter (b.1970, Glasgow, Scotland) is an artist, academic, curator, educator and writer. Since formative performance art interventions in urban spaces in Glasgow in the early 1990s, exhibitions and performances of his work have been presented in major international art venues across Asia, Europe and North America. Engaging with art as social and cultural encounter through forms of curating, new media, performance and writing, some of his work appears in the global survey ‘Ice Cream: Contemporary Art in Culture’ (Phaidon, 2007) and his monograph ‘Civil Twilight and Other Social Works’, edited by Judit Bodor, was published by Trace: Samizdat in 2007. Since being an active member of Hull Time Based Arts in the mid-nineties he has also developed an intertwined curatorial practice including projects in a range of art spaces, galleries and museums most recently including Richard Saltoun Gallery, London and, previously, internationally significant festivals of live and time-based art such as ‘Rootless’ 97: The Nomad Domain’, Hull and ‘Span2’, London. His most recent practice engages with art, curating, networks and performance after the internet, such as through his curatorial project, ‘The Next Art-of-Peace Biennale’ (www.peacebiennale.info). He gained an MA Contemporary Arts from Nottingham Trent University in 1998 and his PhD from Duncan of Jordanstone College of Art & Design, University of Dundee in 2019. He is presently Director of the Institute of the Arts, and Associate Professor in the Arts, at the University of Cumbria.