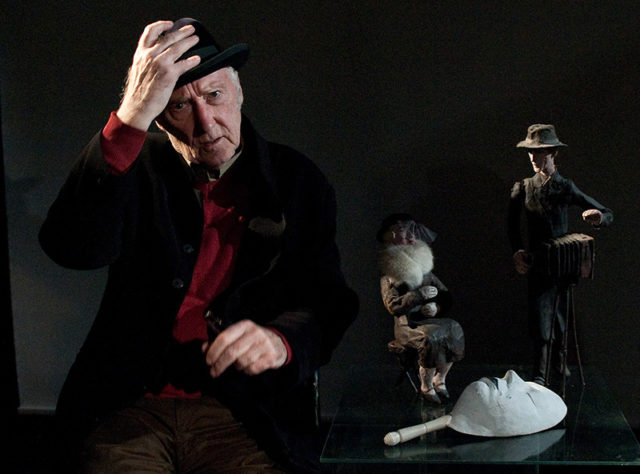 German-Polish poet, essayist, translator, author of radio and stage plays and director.  He founded the Poza Video-Theatre in Warsaw with Jolanta Lothe. Born on the 21st of October 1935 in Gliwice (then: Gleiwitz).

According to the artist, the fault line in his life was the “head-on collision with Polish language and culture” after his family accidentally avoided being resettled to Germany in the massive ethnic resettlement imposed by Joseph Stalin in 1945 when thousands of Germans were removed from Poland to Germany.

As a German born in Gliwice, I didn’t sense any hostility from my Polish neighbours”, he said in an interview for the Rzeczpospolita daily. We managed to make friends with people from Lwów after the war. Varsovians kept their distance, and I was too young then to understand why.

After passing the Polish secondary school exam he enrolled as a chemistry student at the Silesian University of Technology. It was here that he made his debut as a poet. He was also a co-founder of the university’s satirical theatre, and in his capacity of writer and director he observed the political upheavals of October 1956 in Poland that saw the rise of Wladyslaw Gomulka and the thaw of Stalinist communism. He moved to Germany in 1958 to study courses in German, philosophy, theatre, and Slavic studies. He worked at a German radio station as a writer and critic and was an in-house reviewer and translator for major publishing houses. He lived in Cologne, Munich, Bochum, Berlin, and Radolfzell am Bodensee.