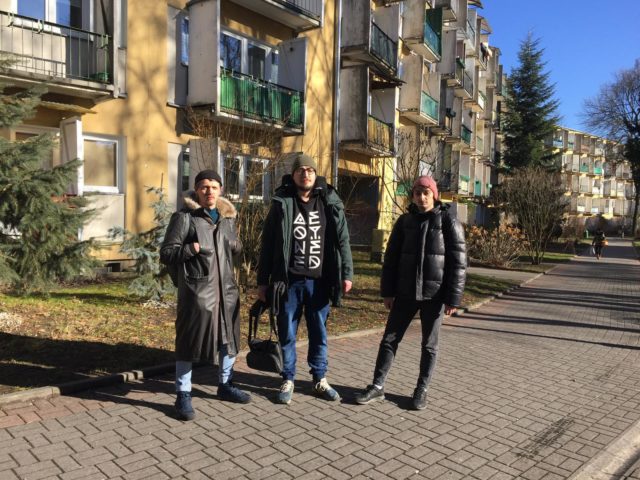 Оpen Group was founded in August 2012 in Lviv by six Ukrainian artists. The group’s structure changed over the years, and its presently members are: Yuriy Biley, Pavlo Kovach and Anton Varga. They occasionally invite other artists or others to take part in their projects and join the Open Group.

Group’s work is based on research of the interaction and communication between people, artists, situation and space.

Group members have been running independent art spaces, such as Detenpyla Gallery or Еfremova26 Gallery (2013-2014) in Lviv, since 2011.

Open Group won the Special Distinction of the PinchukArtCentre Prize in 2013, and the Main Prize in 2015. Their works were featured at the Ukrainian National Pavilion at the 56th Venice Biennale. In 2016, the Open Group curated the show entitled Dependence Degree, Collective Practices of Young Ukrainian Artists 2000-2016 (Wrocław, Poland).

In 2017, the group’s work was presented in frames of the Future Generation Art Prize @ Venice 2017 (collateral events of the 57th Venice Biennale). In 2019, the Open Group was the curator of the National Pavilion of Ukraine at the 58th La Biennale di Venezia.