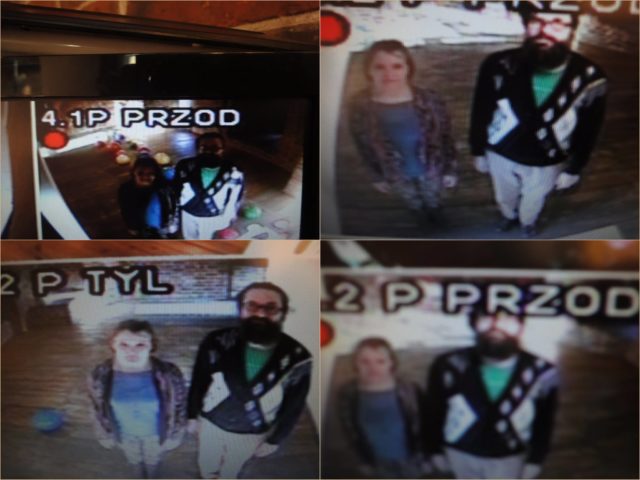 bio: PRZEPRASZAM –  multidisciplinary duo founded in 2015 in Łódź by Ola Kozioł and Suavas Lewy. They have created numerous performances, music compositions, video works and social events. They are currently active in education and animation. Their art practice is both sensitive and sensitising. They often exhibit in unusual places  (a bakery, an indoor market, in the street). Their biggest project to date has been a love performance “Podważamy stan obecny” (‘We undermine the current state of affairs’ 2016), which was a pre-wedding journey on foot through Poland (Ustka-Zakopane). They invited the Fine Arts Academy choir to join them in singing the theories of Władyslaw Strzemiński in a composition entitled “Podjąć prace poprzedników” (‘Take up the jobs of our predecessors’, 2015). They took part in the Survival 13 Festival in Wrocław (2015) and in PAB Open-Bergen in Norway (2015, 2017). They exhibited their work in Muzeum Sztuki in Łódź (2016), Galeria Manhattan in Łódź (2016), Muzeum Archeologiczne i Etnograficzne in Łódź (2016), and in Group Global 3000 gallery in Berlin (2017). They also have individual art practices.

A sound performance, possibly with the  participation of the audience. Chosen fragments of manifestos and texts by Józef Robakowski will be sung during the concert.