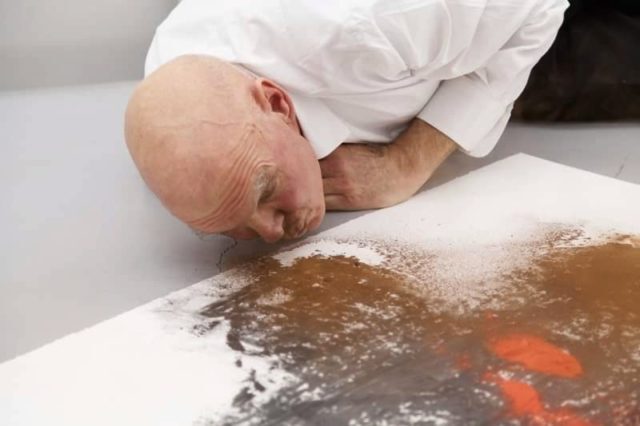 “Burning (In The Tree)

Nigel Rolfe is recognized as a seminal figure in performance art, in its history and among current world practitioners. Born in the Isle of Wight in 1950, Rolfe has lived and worked in Dublin, Ireland since 1974. He has worked intensively and made significant contributions as an artist, curator, activist and scholar. His work—spanning live performance, photography, video and sound—has received international acclaim and has been presented in five continents, in more than 30 countries. De Appel in Amsterdam, Franklin Furnace in New York, and the Institute of Contemporary Art in London were early champions of Rolfe’s installation and performance work. Major retrospectives of his work have been held at the Irish Museum Of Modern Art in Dublin and at the Musee D’Art Moderne de la Ville De Paris. He has exhibited in the Dublin, Paris, Sao Paulo, Busan, Kwangju and Venice Biennales and presented in numerous international art fairs.

The central contention of Rolfe’s practice is that art making is a live and vital engagement. He studied sculpture and in the 1970’s used the term “Sculptures In Motion” to describe his work using materials across time—long before the term performance was put forward as any descriptor. Rolfe employed multi-media to articulate his largely political and activist voice as an artist. The demands Rolfe placed on large-scale production 1980s led to his ongoing research and engagement with audio and video/film production. Hand On Face was shown worldwide to an audience of 600 million people in 67 countries at the Concert To release Nelson Mandela in 1988 at Wembley Stadium in London. Rolfe continues to install sound and video work produced at broadcast standard. He employs video not as a tool of documentation but to investigate and test his own physical and psychological limits, using his body as a site for challenging his limitations and revealing vulnerability.