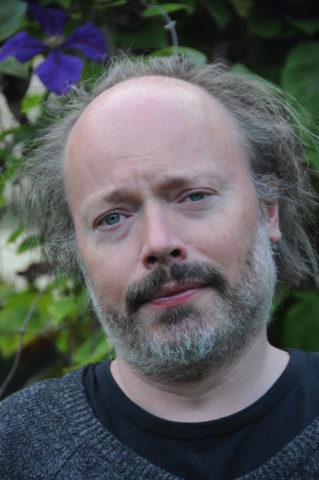 Dr Mischa Twitchin FHEA is a lecturer in the Theatre and Performance Dept., at Goldsmiths, University of London, where he teaches courses on Polish Theatre, the legacies of Artaud, East European theatres, and a post-graduate workshop, “Thinking Theatre”. His book, “The Theatre of Death – the Uncanny in Mimesis: Tadeusz Kantor, Aby Warburg and an Iconology of the Actor” is published by Palgrave Macmillan in their Performance Philosophy series; and examples of his own performance- and essay-films can be seen on Vimeo:

Besides his academic and artistic work, Mischa is a founder-member of the performance collective Shunt, and has also worked as a freelance lighting designer (at the Young Vic, the Barbican Pit, and the Royal Court, amongst other places). He has taught at various institutions, including Central School of Speech and Drama, the University of Kent, and Queen Mary, University of London, where he did his PhD and also held a British Academy Post-Doctoral Fellowship (2014-17). His main research interests include: European theatres of the avant-garde; Afro-European cultural politics; historical-theoretical questions of empathy and mimesis; performance philosophy; and dialogues between anthropology and art.