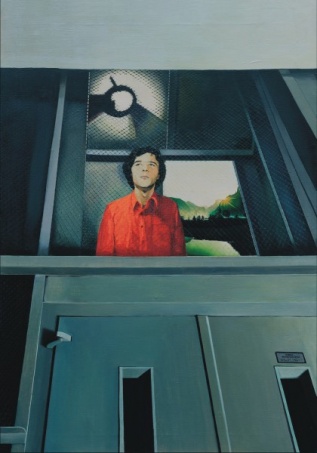 Miłosz Benedyktowicz- was born in Chodzież in 1945, and died in New York in 1992. He studied painting at the Academy of Fine Arts in Warsaw, graduated in 1972. His early interest in photography was soon reflected in his paintings. He was one of the first photorealists in Poland. In 1979 he settled in New York. Most of his American oeuvre is devoted to that amazing city he was fascinated with. His painting technique was extremely laborious and time consuming, therefore his oeuvre includes less than 40 pictures.
Apart from painting, he was a film maker, documenting life in New York. He collaborated with Zbigniew Rybczyński on his all American films, the last beingKafka, during the production of which he died of cancer. His posthumous retrospective was organized by the Warsaw Academy of Fine Arts and shown at several venues in Poland (1994-95). Benedyktowicz’s work can be found in major public and private collections.