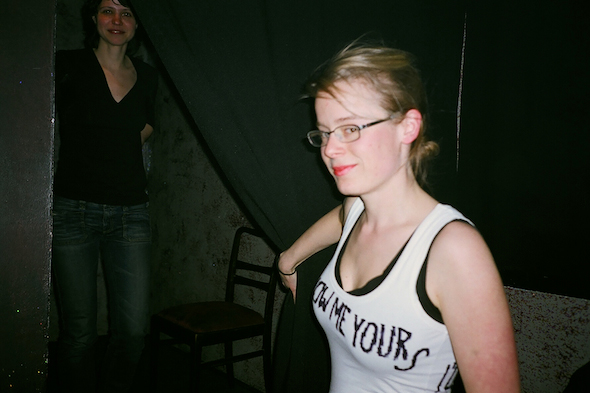 (b. 1978, lives and works in London) deals with the social construction of places and events. Her work — performance, intervention, installation — reflects and intervenes on the regulations and conventions which govern social relationships and behaviours. It stems from site-specific investigations in which she is both researcher and guinea pig. The social construction of relationships and identities is her material. Her work is performative because: it creates and alters situations. She makes artworks that do what they say, and a bit more. She has exhibited and performed internationally since 1998, among others at The Function Room London (2015, 2016); Künstlerhaus, Vienna (2014, 2011, 2009); Tenderpixel, London (2013); Lentos Kunstmuseum, Linz (2013, 2012); Casino Luxembourg Forum d’art contemporain (2012); Modern Art Oxford (2010); Berlin Biennale (2010) and at Secession, Vienna (2010), where she once presented Closed Because of Pubic Hair (2009) in lieu of a lecture.