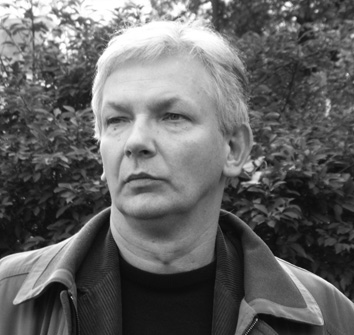 bio: Marek Serafinski graduated from the Department of Graphics at the Academy of Fine Arts in Warsaw in 1980, specialising in film animation under the supervision of Professor Daniel Szczechura. In 1984 he graduated from the Faculty of Film Directing at the National Film, Television and Theatre School in Łódź under the supervision of prof. Mirosław Kijowicz. He mainly made his films in the Warsaw based Studio Miniatur Filmowych.

In 2004 he founded Serafiński Studio, where he produced several dozen animated author films and episodes of series. Many of those film are projects of young directors. He was the chairman of the Section of Animated Films of Polish Filmmakers Association (Sekcji Filmu Animowanego Stowarzyszenia Filmowców Polskich) for many years. His social activity for the animation film environment is very valuable.

Marek Serafiński was the author of scripts, artistic design and animations of his own films. He was one of the not many artists from this field, who referred to social theme giving it a surrealistic and grotesque form, where absurd situational comedy merges with tragedy and fright.

The atmosphere of these works was on the border of reality and conventionality characteristic for animated films and created thanks to a specific realisation technique. The starting point are real photographs of actors that are then graphically transformed and arranged in a new movement score.