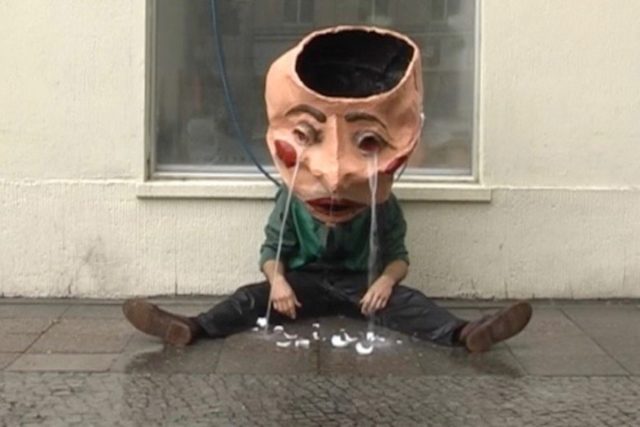 bio: Márcio Carvalho is a visual artist, performance artist and independent curator. He is the co-founder and curator of the performance art program CO-LAB editions; co-curator of Afiriperforma, the first biennial of live art on the African continent; and formerly founder of the artist-in-residence program Hotel25 (Berlin). He initiated the Plot in Situ festival of Performance art (Berlin) and the TV Show ‘The Powers of Art’ which presented performance art related to the paranormal. Carvalho performs in art galleries, festivals, biennales and theatres worldwide. His artistic research focuses on how memory techniques and technologies influence individual and collective memories of past events. He is interested in different modes of public remembrance, the mnemonic signs and systems that we engage with on a daily basis, and which serve to embody, represent and recreate specific narratives of the past.  The public space is one sphere where Marcio Carvalho displays, rehearses and shares his concerns, in the belief that it is in the public arena that artists and artistic projects can create territories for a new democracy, one which can decolonize, demonize and compete with the hegemonic narratives in which we are immersed. And then, we can imagine a future for ourselves once more.

performance: Demythologize That History and Put it to Rest

The most effective way to destroy people is to deny and
obliterate their own understanding of their history. (George Orwell)

History is a narrative introduced “from the outside” made up by memory makers and meaning makers of societies in such a way to be assumed and embodied by people in an uncritical way— thus history itself is a foreign body, one version of the past that largely distracts us and sets us afar from considering the bigger picture of all that has been “over and done.” Carvalho’s new performance is centred on the notions of ‘Hostipitality’ (a term coined by Jacques Derrida to show how closely hospitality is intertwined with hostility), and ’Guesthostility’, that is when colonizing powers (guests) uses ethnography and history (hostility) to claim a deep, fundamental understanding of colonized populations and invasively fit into the history of their colonies. Eventually, it’ s a work that aims to demythologizes History (with a capital H) and its influence on the various aspects of public remembering and forgetfulness, and to counter the ways it has shaped our present thinking, experience and imagination.