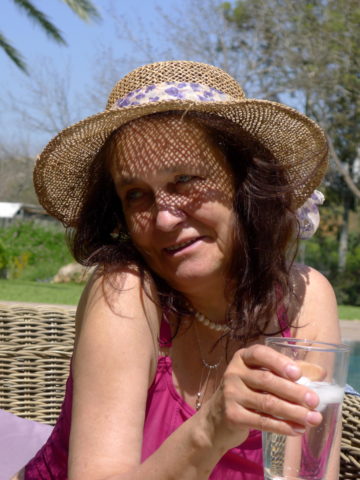 In 2002 founded an independent publishing press ‘Gaberbocchus in Poland’.

2008-2009 worked with Quay Brothers on Inventorium of Traces  (assistant director, music improvisations, translation), and in 2010 on Maska, currently on their feature film based on Bruno Schulz. In 2010 the collaboration with Quay Brothers generated a cinematographic book Inventorium of Traces (designed by Quay Brothers, text by MS). 2008-2009, a programme coordinator of International Festival of Animated Films ANIMATOR in Poznań, from 2010 collaboration in various capacities. From 2008 an artistic director of animation film programme at A Puppet Is Also a Human International Festival of Puppet Theatre and Animated Film for Adults in Warsaw. From 2008 a curator of “Laterna Magica” festival in Łańcut and ANIMO Puppet Theatre festival, film section in Kwidzyn. From 2008 has collaborated with Kino Koszyk (Sweden), Serafinski Studio and Kronika Studio (Warszawa). From 2008 associated with Themersons Festival in Płock (exhibitions, talks, workshops, publications, programming). 2008-2010 involved in a documentary Themerson & Themerson (dir.W.Szymańska, international cooproduction). 2009-10 realized  the documentary(with M.Gizycki) Alfred Schreyer z Drohobycza. 2012, 2013, 2014, 2015, 2016, 2017, 2018, 2019 – curator of CONTEXTS, International Festival of Ephemeral Art in Sokołowsko (InSitu Foundation).

Her collaboration with Koji Kamoji includes creating soundscapes to his paintings (Appendix 2 Gallery, Warsaw, 2012), joint exhibitions: The Air Will Do in Podkowa Leśna (2012); The Air And (Entropia Gallery, Wrocław, 2012), 2013, installation at the Visitation Nuns’ Church (Warsaw, 2013), Koji Kamoji’s Paintings and Małgorzata Sady’s Little Pictures (Warsaw University Library, 2013) , and publication of ‘i ja’ art book on the occasion of KK’s retrospective at Zacheta Gallery (2018)

In 2013 received a scholarship from Minister of Culture; participated in numerous projects of the Themerson Year in Poland (a co-curator of the Themerson Days in Warsaw). From 2013 an expert on animation at Polish Film Institute. Joined D.Thomas in his performance-concert Bring Me the Head of Pere Ubu. Curated An Approach to Being, exhibition of Polish contemporary art in Kyoto, Japan.  2013, 2014 –lectures at CIRCLES OF ART festival in Cieszyn. 2014 – curated theThemersons exhibition and conference at the Tel-Aviv Museum, Israel; participated in Bruno Schulz Festival in Drohobych (2003- 2018); curated Polish Poster Exhibition and Polish Film Screenings at Griffith Film School, Brisbane, Australia, curated performance art festival BETWEEN SKY AND SEA , Herdla, Norway; exhibited her paintings In Conversation with Ukiyo-e (Japanese woodcuts and contemporary art: K.Kamoji, H.Sugiura, M.Sady, M.Wasilewski, W.Rosocha). In 2017 co- initiated and contributed to “Vahazar” project (Witkacy/Themersons) at PJATK/ Polish Japanese Academy of Computer Technology in Warsaw which resulted in an outstanding publication (the book won Certificate of Typographical Excellency in NY), exhibitions and presentations. From 2007 curated screenings and gave talks on animation internationally.Member of Polish Filmmakers Association.

In 2019 curated exhibition of Bozenna Biskupska’s paintings The Epiphany of Time at the  l’etrangere gallery in London and a retrospective of the Quay Brothers (Dormitorium of Traces)  at the Centre of Culture Meetings in Lublin.

Currently she prepares a permanent exhibition of the Themersons at the Mazovian Museum. A lecturer at Polish-Japanese Academy of Informaiton Technology. A regular contributor to Konteksty journal published by Art Institute of Polish Academy of Sciences.

Her nomadic life has been motivated by the search for universal values and beauty.