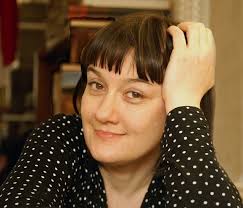 bio: Małgorzata Bosek graduated from the Secondary Art School and the Academy of Fine Arts in Warsaw (Painting Department). In 1995, she completed a 2d animation course at the Studio Miniatur Filmowych in Warsaw. She has worked for many years both as an animator and as a visual artist. These two strands converged in her debut animated movie ‘Dokumanimo’. She has had eight solo shows, presenting collage, textiles and collections of objects, for example ‘A collection of buttons found in the streets’. She has participated in numerous group exhibitions and founded ANIMASO Film Studio in 2009. She was awarded a scholarship by the Ministry of Culture and National Heritage in 2011 for her film project ‘DWA ZYWIOLY’. In 2012 she was on the selection panel for the Animator Festival competition. She became director of the Serafiński Studio in 2017.