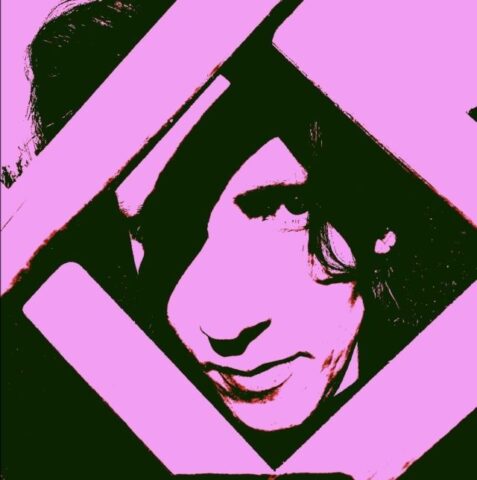 Discomfort in the Face of a Mirror Image.
A Retrospective of Ema Kugler’s Videos.
Curated by Lawinia Rate

Discomfort in the Face of a Mirror Image is the first retrospective of the Slovenian video artist Ema Kugler in Poland. It focuses topics raised by Kugler like human existence, the question of the gender, and social hierarchies. Kugler’s baroque, theatrical and meticulous films are the result of her fascination for video and visual experiments. Their hallmark are costumes oscillating between dress and sculpture, designed and made by the artist herself.

Lawinia Rate studied art history and media studies at the Ruhr Universität in Bochum, where she also defended her doctorate “L’Objet garde et livre son secret. Claude Cahun’s Poetry of the Object” (to be released by transcript Verlag, December 2020). Currently, she works on her postdoctoral project “Materiality of Divergence. Film Experiments and Feminist Movements Around 1980 in Europe”, in which she explores the relationships between the experimenting in films and videos, the emergence of collectives, and feminist theory. In 2014 she founded the experimental film platform ‘Attaque(e)r le visible’ at La Mutinerie in Paris. As an independent curator, she is the author of exhibitions like “Imagining the Body” at the Fringe Festival in London (2015), “Jen Liu: Pink Detachement” at Somos Gallery in Berlin (2016), or “Interleaved Space”, performative audio-video installations in the frame of Transmediale Vorpiel in Berlin (2018, 2019, 2020). She collaborates with Allgemeines Künstlerlexikon and Internationales Frauenfilmfestival Dortmund/Köln.