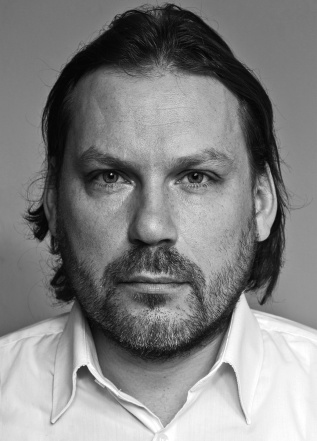 Took it’s title from an old phrase meaning fire, flame and great distruction. On the night from 10th to 11th of October 2005 a “red kur” has danced over the building of the former dr Brehmer’s sanatorium, which has ruined what was left of it’s passed glory. Ten year after this event, on the 19th of July, 2015, red kur will turn back from it’s disctructive nature, start a role of an eagle from the Lower Silesia coat of arms and will turn this bad fate around. The remnants of the distructive fire will be got rid of the Sanatorium and Sokołowsko in a purifying gesture of washing itself with the waters of a hillside stream.

Kuba Bąkowski – the artist creates photographs, videos, installations, kinetic objects. The source of creative inspiration for Bąkowski are the areas of new technologies and issues from various fields of science, anthropology and natural history. In his work he gives new meaning to photographic practice, as well as deals with formal problems of media transmission.
He creates hybrid figures colliding and combining seemingly incompatible elements. These experimental projects appear mostly in the common area of art and science. The work of Bąkowski is not artistic and scientific in nature, but is a special kind of attempt to adapt the research procedures in the field of artistic practice. By this his art shows the humanistic dimension of scientific issues, as well, not without irony, reveals the relation between the problems of the world of machines and nature, prehistory and science fiction, spontaneous ways of communication and automatism of language that occur in the area of rationalized techo-culture.
Kuba Bąkowski presented his works among others at exhibitions at the National Gallery of Art “Zachęta”, Centre for Contemporary Art Ujazdowski Castle and the Foksal Gallery in Warsaw, the Museum Moderner Kunst in Vienna, Musée d’Art Moderne in Saint-Etienne, Artspace in Sydney, National Centre Contemporary Art in Moscow, the Palazzo delle Arti in Naples, the Royal Scottish Academy and the Chelsea Art Museum in New York.