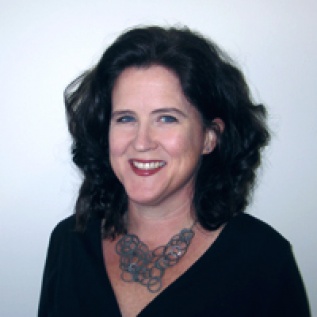 From the Banks of the Rio Grande: Artists Respond to the Urban Desert – Kerry Doyle

The Chihuahuan desert is the largest in North America, and it extends across the border of the United States and Mexico. The densest concentration of people in this desert occurs in El Paso, Texas and Juarez, Chihuahuan. It has a joint population of more than 2 million people sharing finite ground water sources, and is separated into two countries by the heavily polluted and heavily militarized Rio Grande River. In this context water is both a real and symbolic marker of the economic and political relationships that divide the two nations. This presentation will showcase some of the ways in which artists have used this urban desert landscape to explore issues of immigration, sustainability, land and water use, north-south relations and more.

Kerry Doyle- director of the Stanlee and Gerald Rubin Center for the Visual Arts at The University of Texas at El Paso. As Assistant Director and Associate Curator (2007-2012) Doyle was in charge of education and community outreach and led curatorial projects with a focus on cross-border dialogue and contemporary Latin American art, curating more than a dozen exhibitions, performances and installations that spanned the two cities of El Paso, Texas and Juarez, Mexico. Since becoming Rubin Center Director in 2012 she has continued to promote excellence in the exhibition of international contemporary art while expanding public programming and audience engagement with an ongoing roster of speakers and events focusing on innovative andio
interdisciplinary practices in the arts. Major exhibitions have included Battleground: Regina José Galindo and Tania Candiani (2009); Contra Flujo: Independence and Revolution, co-curated with Karla Jasso (2010); Fernando Llanos: Revolutionary Imaginary (2011); Shifting Sands: Recent Video from the Middle East, co-curated with Kate Bonansinga, (2012); Máximo Gonzalez: Magnificent Warning (2013); and Alejandro Almanza Pereda: Absence Makes the Heart Grow Fonder (2014). Major collaborative projects with off-site components have included El Flow: Cross-Border Youth in Conversation (2012); Border to Baghdad Artistic Exchange with Artist Szu-Han Ho and Rijin Sahakian from the organization of two city-wide conferences for youth-led artists collectives in Juarez; as a member of the curatorial advisory committee for the Museo de Arte de Ciudad Juarez; and co-authoring articles and book chapters on art and activism in the city in both English and Spanish. She was a fellow at the Smithsonian Latino Center (2009) and at the Getty Leadership Institute for Museum Directors (2014). She has a BA in Political Science from De Paul University in Chicago, IL; a BA in Drawing and Printmaking and an MA in Latin American in Border Studies from The University of Texas at El Paso. SADA Contemporary Art Center, Baghdad, Iraq (2013); CUADRO Arts Lab, with LA-based Machine Project (2014). In addition to serving on the boards of numerous local and regional arts organizations, Doyle has a been uniquely active in the Juarez arts community over the last decade, collaborating with the US Consulate and the Paso del Norte Health Foundation in a year-long cultural exchange between youth in El Paso and Juarez.