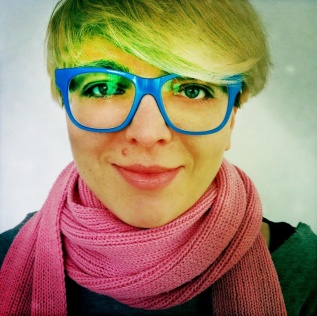 During the Contexts festival Sokołowsko is bustling with activity into the late hours of night, often till the sun rises on a new day. As part of the „Museum at dawn” performance by Karolina Breguła festival participants, tired out after a long day and all-night fun, will be invited for a stroll in the woods.

A walk on the cusp of day and night is intended to be an experience on the verge of dream and awareness. Art the festival attendants are acquainted with is experienced second hand, mangled by bad recollections and delivered in a dream-like state, the meaning of which will be dependent on the memories of the participants and their knowledge of Sokołowsko.

The artist will prepare delicious sandwiches and coffee to wake the participants from the dream.

Karolina Breguła– (born 1979) a Polish multimedia artist; creates installations, happenings, video, photography. She has graduated form the National Film Television and Theatre School in Łódź where she now has been working on her Phd. She has performed and exhibited in places such as National Museum in Warsaw (Poland), Zachęta Natonal Gallery in Warsaw (Poland), Jewish Museum in New York (USA) or the Venice Art Biennale (Italy). She has received numerous awards including Views 2013 or Samsung Art Master 2007, Polish Ministry of Culture Scholarship, Młoda Polska or Visegrad Scholarship. She is the author of works in different media, such as Fire-Followers (2013) – film, Art Translating Agency (2010) – online project, or Let Them See Us (2003) – photography. She lives and works in Warsaw.