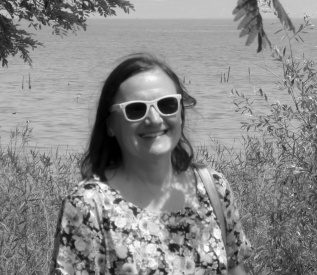 Participants trigger sounds and lights with their movements. Sometimes, the main focus in on the by visual layer, and sometimes on the generated music.

Joanna Krzysztoń– has graduated with honors in painting in 1978 at the Warsaw Academy of Fine Arts (under professor Jan Tarasin). From 1978 to 1981 she was a member of experimental Warsaw theater Academy of Movement (Akademia Ruchu). Since 1995 she has been working as a stylist in numerous magazines devoted to home decoration. In 2007 she has received scholarship founded by the Ministry of Culture and National Heritage. She has running 2b+r Galery in Warsaw. Krzysztoń is practicing painting and its multimedia forms. She is an author of more than twenty individual exhibitions. She took part in several dozen group exhibitions. From 2011 she is teaching painting at WIT in Warsaw.