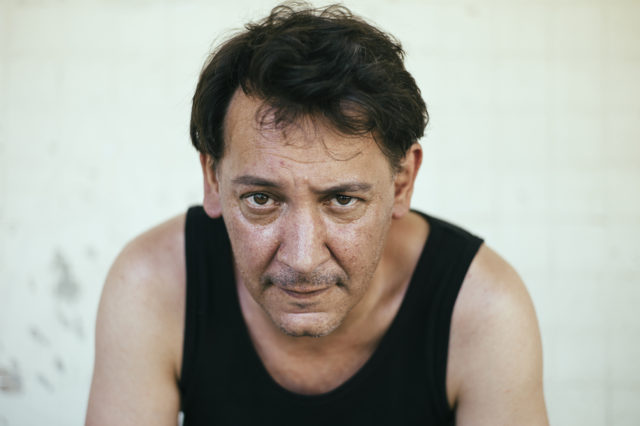 JEAN-BAPTISTE GANNE was born in 1972 in France and currently lives and works in Nice. He studied at École Nationale de la Photographie, Arles and at Villa Arson, Nice, and was an artist-in-residence at Rijksakademie in Amsterdam (2003-2004) and at Villa Medici in Rome (2006-2007). With various modes of expression as photography, writing, performances, video and installations, the activities of Jean-Baptiste Ganne cultivates a critical and sentimental link with politics. He defines his connection with art and the other with a poetic distance: “art, it’s a space between you and me, a smoke screen.” It is within this in-between that he questions the representation of politics and the notions of otherness and singularity. He illustrated Marx’s Capital chapter by chapter (The Illustrated Capital, 1998-2003), he was on strike (cooking) for six days during open studios in Rijksakademie (The Cookist, 2003 and redid the performance at the SFAI in San Francisco, 2007), decided to spread out his production budget converted to ten cents coins in Rome (Senza Titolo (All that Glitters is Gold), 2007) or read the whole Don Quijote in luminous morse code with a red lamp (Amsterdam, 2005; Nice, 2006; Istanbul, 2007; Ghent, 2008; Paris, 2009, Rome, 2014).

For the Contexts festival he re-activated the sound and lights installation, Rom Dance Floor, which is an homage to Gypsy population of Eastern Europe paid through their music.