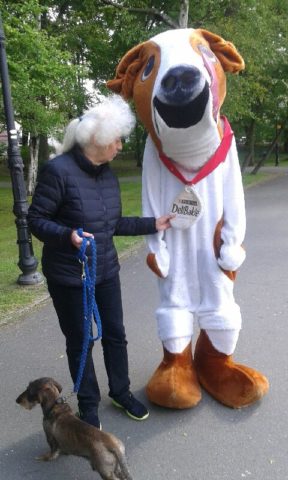 Izabela Gustowska was born in Poznań, where she currently lives and works. She is a professor at the Artistic University in Poznań in the Department of Multimedia Communication, FIntermedia Faculty, where she heads the Film and Performance Activities Studio. She also teaches Graphics of Drawing Studio at Collegium Da Vinci.

She perceives heading ON Gallery over the period 1979-1992 (1979-1983 together with Krystyna Piotrowska) as an interesting experiment. Especially valuable memories include the first exhibitions Sztuka Kobieta 1980, Obecność I – 1987, Obecność III 1992, as well as curatorial projects Drobne Narracje 1994 (with Grzegorz Dziamski), Art Poznań 2005, Urban Legend (2009) with Paweł Leszkowicz and Raman Tratsiuk.

In 1989 she worked on large format works Secret I, II, III in the graphic studios at Albert’s University in Edmonton. She recalls this as an interesting experiment.

She is happy that her works are present in important museum in Poland and abroad: collection of works in National Museum in Wrocław, graphic works in MOMA in New York.