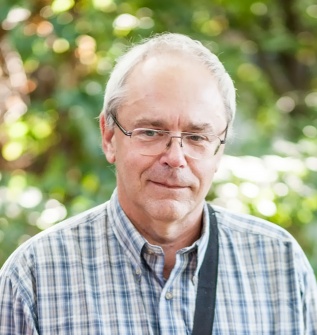 Participants trigger sounds and lights with their movements. Sometimes, the main focus in on the by visual layer, and sometimes on the generated music.

Grzegorz Rogala – he studied at the Cinematography Department at the Łódź Film School from 1976 to 1981. Since 1988 he has run “Rogala Studio” that provides film production and post-production services. He produced or co-produced about 800 film and advertisement projects. He has a PhD from the Intermedia Faculty of the University of Arts in Poznań. For the last ten years he has been actively involved in artistic film production, photography and interactive art. His works can be found in collections of the National Museum in Warsaw, the National Museum in Gdańsk, as well as in private collection in France, New Zealand, Germany, the Netherlands and Poland. Since 2007, together with Joanna Krzysztoń and Józef Piwkowski, he has been co-running the 2b + R gallery in Warsaw. He has had over 40 solo and group exhibitions in Poland and abroad. He has been a lecturer at the Graphic Faculty at the Warsaw School of Information Technology. He lives and works in Warsaw.