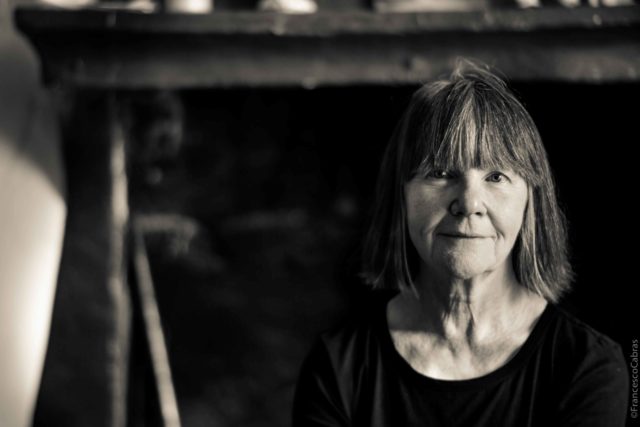 Ewa Benesz, Polish actress, holds a BA from the University of Lublin and a diploma of the Academy of Dramatic Arts in Warsaw. She worked in the Instytut Aktora -Teatr Laboratorium managed by Jerzy Grotowski in Poland. In 1970, together with three colleagues from the Academy of Dramatic Arts in Warsaw, she founded the Theatre Study. In the years 1975-76 she taught Theory of Culture and History of Contemporary Theatre at the University of Lublin. In 1975 she participates in the University of the Theatres of the Nations in Wrocław. The most important projects: The Journeys with Epos, Sir Thaddeus by A. Mickiewicz and the staging of The Duino Elegies by Rilke; playing the part of Solveig in Peer Gynt byIbsen, directed by Z. Cynkutis. From 1980 to 1996 she collaborated with Rena Mirecka in the paratheatrical projects: Be here, now Towards, The way to the centre and Now it’s the Flight carried out in Europe, Israel and America. Since 1997 she has conducted paratheatrical and theatrical workshops. She lives in the Sardinian mountains, where she conducts a practical research inspired by the ancient Sanskrit Vedic texts and cosmogonist myths.

The vocal practices surprise us for their simplicity and for the extreme rigor with which they hold the attention of the singer. It is not only a vocal exercise. A song is not a lengthening of thought, spoken out loud, nor is it the will to seek an expression. It is the sonority of breathing, the resonance of sound in the body and in space.

The voice is incarnated in me. I try to discover the source of the voice and free the sonorous breathing. I try to recognize the body’s resonance. I try to learn what helps me and what disturbs me in re-finding the sonority of the voice inside me and in the space around me. Until I become a live instrument that generates sound. Until I become sound. I hear the silence and I am alert in song, I rest in song. Is it I who sings or something that sings in me? Something ancestral that lives deep inside me awakes and sings. I am a witness.

SONG IS AN ACTION. The vocal practices articulate a life process. They break down to elementary expression, to the truth. It can happen that I discover an active force in song: confidence, trust.

The VOCAL PRACTICES come from ancient Oriental traditions, from anthropological research on chants, from the experience in Jerzy Grotowski’s Theatre Laboratory – Institute of Actor in Wroclaw, Poland.