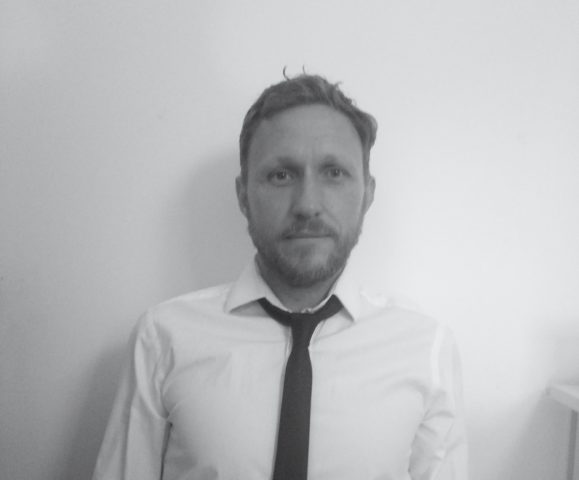 Benjamin Cook is the founder director of LUX, the UK agency for the support and promotion of artists’ working with the moving image. He has been professionally in- volved in independent film sector in the UK for the past 20 years as a curator, archivist, producer, writer and lecturer.

LUX is an international arts agency (non-profit) that supports and promotes artists’ moving image practices .Founded in 2002 the organisation builds on a long lineage of predecessors (The London Film-Makers’ Co-operative, London Video Arts and The Lux Centre) which stretch back to the 1960s. Benjamin Cook is the founder director of LUX. He has been professionally involved in independent film sector in the UK for the past 20 years as a curator, archivist, producer, writer and lecturer. LUX   is the largest distributor of such work in Europe. LUX works with a large number of major institutions including museums, galleries, festivals and educational establishments, as well as directly with the public and artists. The organisation’s main activities are distribution, exhibition, publishing, education, research,  and professional development support for artists and arts professionals. LUX Scotland is a branch of London headquarters.

Founded in October 1966 as a non-commercial distributor of experimental films, the London Film-Makers’ Co-operative was soon reconfigured into a unique organisation that provided access to production facilities and developed a context for radical investigations of film as material. Its film workshop enabled artists to control every stage of the filmmaking process; a creative freedom that was often extended, through the creation of expanded cinema works, to the moment of projection. Collectively run on a largely voluntary basis, the LFMC operated without funding throughout its early years. Nonetheless, it maintained a distribution office, cinema space and film workshop in each of the run-down, former industrial buildings in which it was based. This precarious but supportive environment was one of the centres of radical culture in 1960s London which stimulated a remarkable body of films and theoretical work that anticipated today’s diverse culture of artists’ moving image.Two programmes present key films by Lis Rhodes, Simon Hartog, Peter Gidal, John Smith, Mike Leggett, Marilyn Halford plus Malcolm Le Grice and Anthony McCall expanded film works.