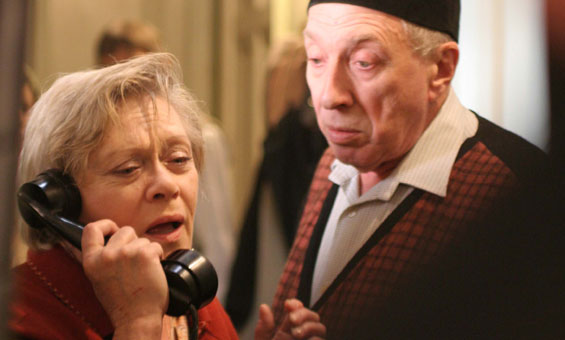 Born in Moscow in 1939. In 1962 he graduated from VGIK (L. Kuleshov’s studio). In 1964 Khrzhanovsky joined Soyuzmultfilm studio, where he made his debut film Once upon a time there lived Kozyavin.

Although this dark comedy was clearly a comment on the dangerous absurdity of a regimented communist bureaucracy, it was approved by the state owned Soyuzmultfilm studio. However „The Glass Harmonica” in 1969 continuing a theme of heartless bureaucrats confronted by the liberating power of music and art was the first animated film to be officially banned in Russia. His films are characterised by the continuous pursuit of his interest in the history of Russian and world culture, as well as by the subtlety and expressiveness of visual forms. Pushkin occupies a special place in Khrzhanovsky’s oeuvre.

The five films of the “Pushkiniana” cycle opened absolutely new possibilities for animation in rendering classical literature. They are not only a unique artistic, but also a scientific research film document. He rose to prominence internationally with his 2009 film, combining live action with animation, A Room and a Half about Josif Brodsky. Awarded twice the Russian State Prize, Khrzhanovsky is also the winner of many international festivals.

He teaches at VGIK and the School-Studio “SHAR” in Moscow.