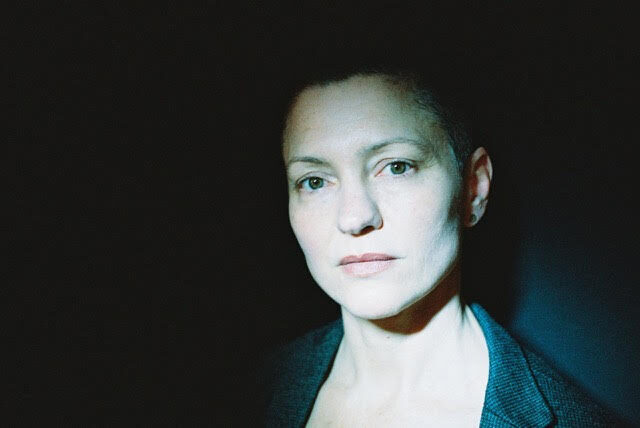 In a world and a city framed by finance and loss, ten Londoners make their wild and wayward way, arguing for their own terms of definition as they go: singular lives, nudging towards a co-existence stronger than ‘community’. On reclaimed land they find themselves, between two train tracks, on the right side of history, making their own wagers with the present tense and future hopes: with who has stolen what from whom, and how things might be fixed. Hesitant, troubled, open to wonder, bearing their wounds, so they, unruly, stage their lives. It is a heightened, often contradictory rite of passage; finding solidarity in resistance, clear of demands except the right to go on.

Andrea Luka Zimmerman is a UK based artist concerned with marginalisation, co-existence, waywardness, social justice and a search for radicalised re-relations, between people, place, ecology. Films include the Artangel produced ‘Here for Life’ (2019), which had its world premiere in the Cineasti Del Presente international competition of the Locarno Film Festival (receiving a Special Mention), ‘Erase and Forget’ (2017), which had its World Premiere at the Berlin Film Festival (nominated for the Original Documentary Award), ‘Estate, a Reverie’ (2015) and ‘Taskafa, Stories of the Street’ (2013), written and voiced by the late John Berger. Selected exhibitions include ‘Civil Rites’, the London Open, Whitechapel Gallery, ‘Common Ground’ at Spike Island, Bristol and ‘Real Estates’ at Peer Gallery. I co-founded the cultural collectives Fugitive Images and Vision Machine (collaborators on Academy Award® nominated feature documentary ‘The Look of Silence’). She has co-edited the books ‘Estate: Art, Politics and Social Housing in Britain’ and ‘Doorways: Women, Homelessness Trauma and Resistance’ and published extensive articles in ‘Open Democracy’, ‘La Furia Umana’ and ‘Homecultures’, among others.