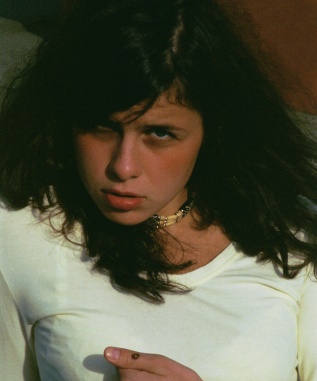 To make sounds I use tools that signify civilisation. I drag them out of the city and use them to communicate with nature. The music I thus create is rattled and full of distortion. In the city I am always surrounded by noise, hence ‘dirt’ in sound is natural for me. Despite that, I wanted to find myself in wilderness, to create a line of communication. I wanted to function together, possibly being mutually moved. Perhaps I also tried to bring out in those prosaic urban tools a hint of primeval character.

I become an anteater, although I roar as though I’m a stag or even an elephant. I am also an archaeopteryx, an ancient bird. It had teeth, as well as feet, toes that ended in sharp claws. The sound it made must have been screechy.

In my innocence I have in mind some Greater Movement. A concert for micro and macro beings.

Aleksandra Chciuk– “my art practice has been largely shaped by my experiences of music school, which I attended as a teenager as well as countless performances as a pianist. Later I studied geography at University of Lodz, and recently I have completed an MA in photography at Lodz Film School. My works and projects evolve mostly around sounds and their diverse incarnations. I am also interested in interpretation of mental states and phenomena through gesture and movement. In painting I try to unveil organic, biological nature of phenomena, I create microstructures, and bind them into little – great histories. I use mediums of video, performance, action, photography and painting. I collaborate with many artists, composing music for films, improvising music, sound engineering.”