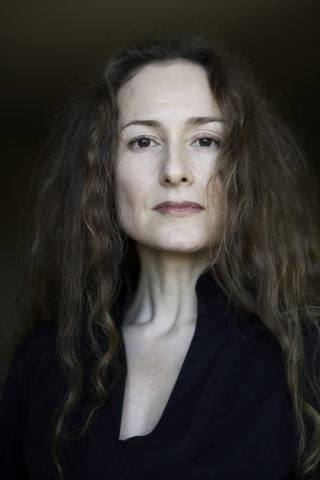 Isabel Rocamora is a British-Spanish artist filmmaker
Her work considers the performative language of human gesture and its relationship to individual and cultural identity. In recent practice, her interest in the ontology of authority has lead to mise-en-scènes exploring themes such as: the exile of the self, our existential attachment to land and landscape and the intimacy of violence. She is currently preparing a new work set in Jerusalem.Isabel trained in film and performance at Bristol University, U.K and in cinematography at Maine Workshops U.S. Her practice developed through performance works (1993 – 2003), some of which were commissioned by national institutions such as Bluecoat Arts Centre and the Victoria and Albert Museum and which toured worldwide, often under the British Council.
Winner of several international awards, such as IMZ Award – the Hague and DCW Media Honor – Los Angeles, Rocamora’s moving image work can be seen in filmothèques and museums worldwide. Her films have been exhibited, amongst others, at Centre for Contemporary Art Palazzo Strozzi, Florence; Sala Parpalló Museum, Valencia; Sørlandet Museum of Art, Norway; and the National Museum of Photography, Copenhagen. She has been selected for major surveys of national and international videoart such as Video(s)torias at Artium Museum of Modern Art, Vitoria; Remote Viewing: Best of Loop, exhibited at The Pacific Centre, L.A. and Arts Santa Monica, Barcelona and Moving Image Itineraries, a touring exhibition that celebrates 10 years of Loop-Screen, currently at MAC Museum, Galicia. Recently, she has shown at the Herzliya Museum of Contemporary Art, Israel, the Bologna Museum of Modern Art , Kultur Huset Museum, Stockholm and the Rubin Centre for Visual Art, Texas. Current shows include a return to Palazzo Strozzi, Florence for the exhibition An Idea of Beauty.Isabel teaches artist moving image at the Instituto Europeo di Design and has been widely invited to give artist talks in the context of her exhibitions, these include: the Whitechapel Gallery and the Architects’ Association, London; the Royal Art Circle, Barcelona; Hamidrasha School of Art, Israel; A.M Qattan Foundation, Ramallah, and universities such as Bristol, U.K and Brown, U.S. She leads specialist artist film workshops worldwide for the British Council and was jury member of the Prix de la Création Vidéo at Videoformes 2012. Isabel lives and works between Edinburgh, London and Barcelona. She is represented by Galeria SENDA.