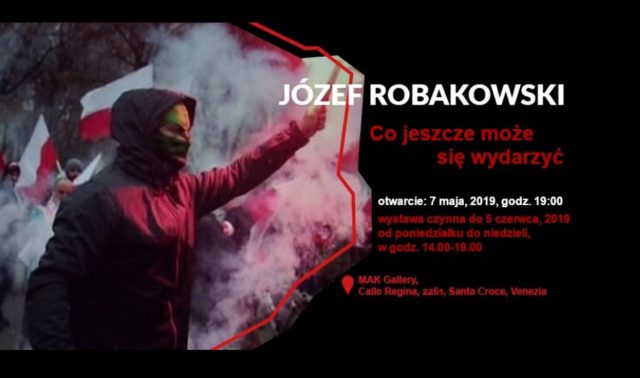 What Can Still Happen

The multimedia project deals with the contemporary, with what is happening, how it is shown and communicated. Most of the footage has been sourced from social media. Parades, marches and demonstrations of various political groupings, artistic actions, awareness campaigns about various aspects of life. In a space with a constellation of dynamically changing images, the show presents artist-edited videos of what is happening in the streets and public spaces these days, what is recorded, shared and distributed. The Facebook effect, with millions in Poland and billions worldwide using the service, is, Robakowski argues, mainly about the distribution and redistribution of visual messages, about the opening up of a stage of uncontrolled information flow where everyone can be an author, producer or distributor of information. This open stage provides images of reality vis-àvis which contemporary art has become increasingly helpless. What matters in the visual activism mobilised for various social and political causes are not the images themselves, but the ways in which they are used and abused. In a mediatised society the commonly available communication channels allowing people to broadcast their own news and express their opinions are, according to the artist, the places where the images of reality are most hotly contested.